Last winter, a friend of mine in West Virginia invited me to speak at a social ministries conference there. “Sounds good,” I said to her,” but instead of just me, how about I get a group of South Jerseyans together and we come down for a few extra days?”

So I reached out to some Catholics from around the diocese and invited them to join me for a “solidarity pilgrimage” – a trip to Appalachia designed to introduce us to the region’s gifts and challenges and to facilitate relationship-building across state lines.

For five days in May, eight of us from the Diocese of Camden traveled around West Virginia in minivans and connected with different Catholic ministries there. The pilgrimage was a series of incredible experiences. Here are three of the many lessons our group learned on the trip, which I’ve pulled from reflections several of our pilgrims wrote when returned home. 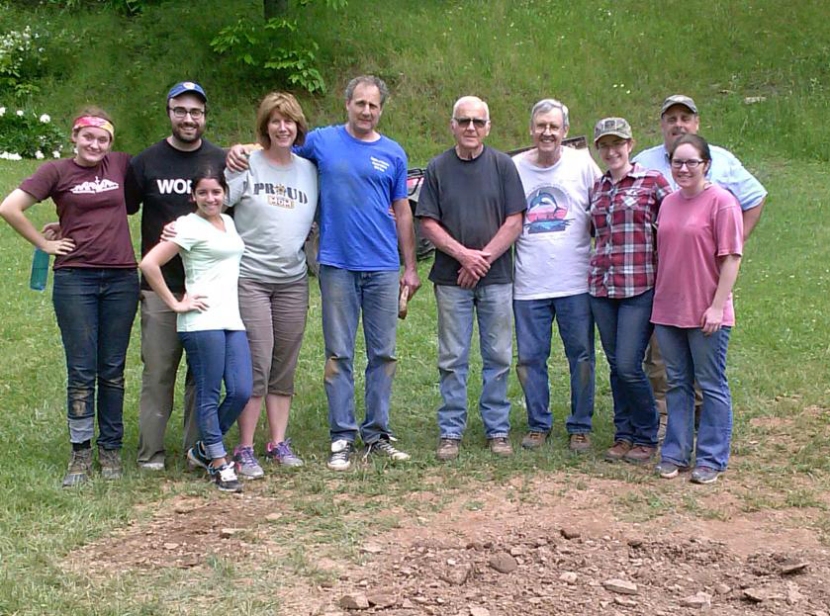 The opportunity to take part in the pilgrimage came out of left field for the participants. “With little understanding of what to expect, six others and I said, ‘We’re in,’” writes Roger Asselta, a pilgrim from the Catholic Community of the Holy Spirit (Mullica Hill/Woodstown).

“Truthfully, none of us really knew what to expect or why we were going,” writes Jim Steinitz, who’s from Blessed Teresa of Calcutta Parish (Collingswood/Westmont). “But every one of us just knew we were being called by the Spirit to an encounter with others. My encountering began immediately as we gathered in Cherry Hill because I had previously met only one other person of our group.”

I’m not sure what convinced my seven co-pilgrims that traveling to West Virginia for five days with a relative stranger leading the way was a good idea, but they jumped in headfirst. Their courage and openness inspired me throughout our journey.

2) West Virginia is a beautiful place with some big-time challenges.

Our first stop on the pilgrimage was Nazareth Farm, an intentional community of young adults that welcomes groups like ours from around the country throughout the year for community service-based retreats. The afternoon we arrived, the farm’s director, Brian, led us on a hike.  “I don’t think any of us expected to go up a mountain a few hundred feet for our hike to the tallest point on the farm’s property, but once we got there, the view was breathtaking,” writes Geneva O’Brien, a pilgrim from Stockton University’s Catholic Campus Ministry program. “We were asked to close our eyes to pray and reflect in silence, and when I opened my eyes, I felt this overwhelming sense of peace and saw the beauty of God in the bright green trees and rocky earth.”

West Virginia is the only state that is entirely located in Appalachia – it’s nicknamed “The Mountain State” after all. Getting to know the state’s land was an essential part of our journey. Against this beautiful backdrop, though, we learned about the poverty and environmental degradation that have plagued much of the region.

We spent one morning of the pilgrimage at one of Catholic Charities West Virginia’s mobile food pantries, which sets up once a month in different communities. Roger sat in with a caseworker at the pantry who walked new clients through an intake process. “This involves a very close and personal interview revealing details of sad and sometimes desperate stories,” Roger writes. “I heard the words ‘I am hungry’ with a poignancy I never experienced before. It took all I had to keep it together.”

The next day, we toured Kayford Mountain with an attorney and advocate named Elise Keaton. Kayford is a piece of land that has been protected from the ravages of mountaintop removal coal mining. The late Larry Gibson, who grew up on the mountain, refused to sell it to mining companies. He started an organization called “Keeper of the Mountains” that advocates for an end to mountaintop removal mining. From Kayford, you could look out over a barren, leveled landscape that had once been a tree-covered mountain. The experience had a profound impact on Donna Mills, a pilgrim from the Catholic Community of the Holy Spirit. “The destruction of mountaintop removal mining affects just about every part of the population by ripple effect. The vegetation has been destroyed – resulting in catastrophic flooding in the valley villages below,” she writes. “Businesses close, people can’t find employment, poverty takes over. And most disturbing to me as a mother is the fact that families must consider whether it is safe enough to bear children considering the toxic water supply.” 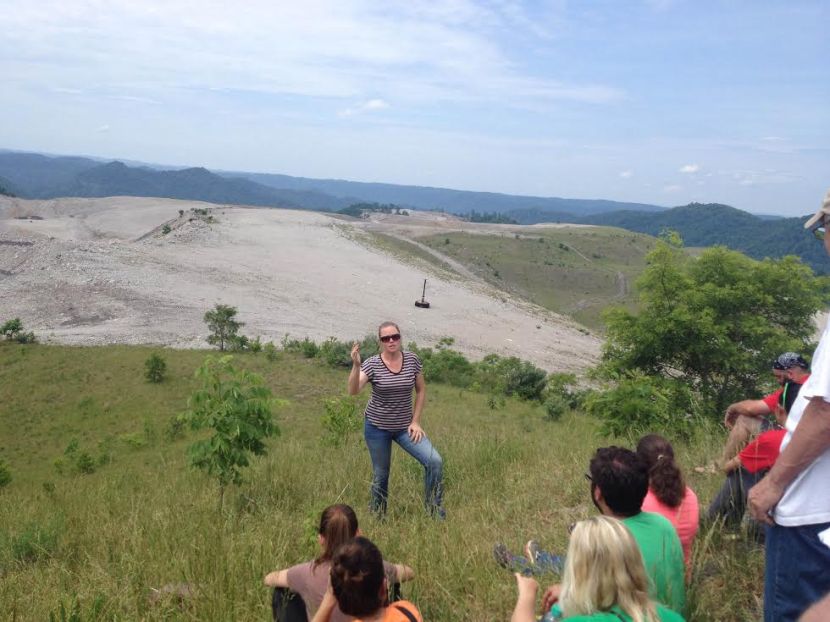 Elise Keaton from the Keeper of the Mountains organization describes the effects of mountaintop removal coal mining. The barren landscape in the background was a lush mountain before it was mined.

3) It’s OK to be unsettled and confused in the face of the world’s problems. But respond to the unsettling with education and action.

Donna and her husband Steve, who was also on the pilgrimage, describe feeling almost helpless in the face of so many challenges. “Tucked away in my little corner of New Jersey, I had little knowledge of the challenges confronting the people of this region on a daily basis. That this level of poverty can be found in our country seems unconscionable,” Steve writes. “For the first few days after returning home I felt what I can only describe as an unsettled spirit, and it persists even now.”

And Donna shares, “The needs of this world can seem overwhelming. We can’t possibly fix everything. We might be inclined to think there is nothing one person could possibly do. It became very clear to me that God does expect each and every one of us to do something. Whether it is taking on the big industries that are destroying God’s creation (man and planet), being kind to the elderly person at the grocery store, or feeding a hungry child, we all have a the ability and responsibility to be His representatives and caretakers of this great earth and its inhabitants.”

We encountered so many examples of individuals and communities in West Virginia who recognize the size of the challenges they face and act with hope and love anyway. From the Nazareth Farm volunteers to the Catholic Charities staff we met to the Keeper of the Mountains organization, we met inspiring people whose witness compels us to continue our work for justice no matter the obstacle.

To read each pilgrim’s reflections in full, click the links below: